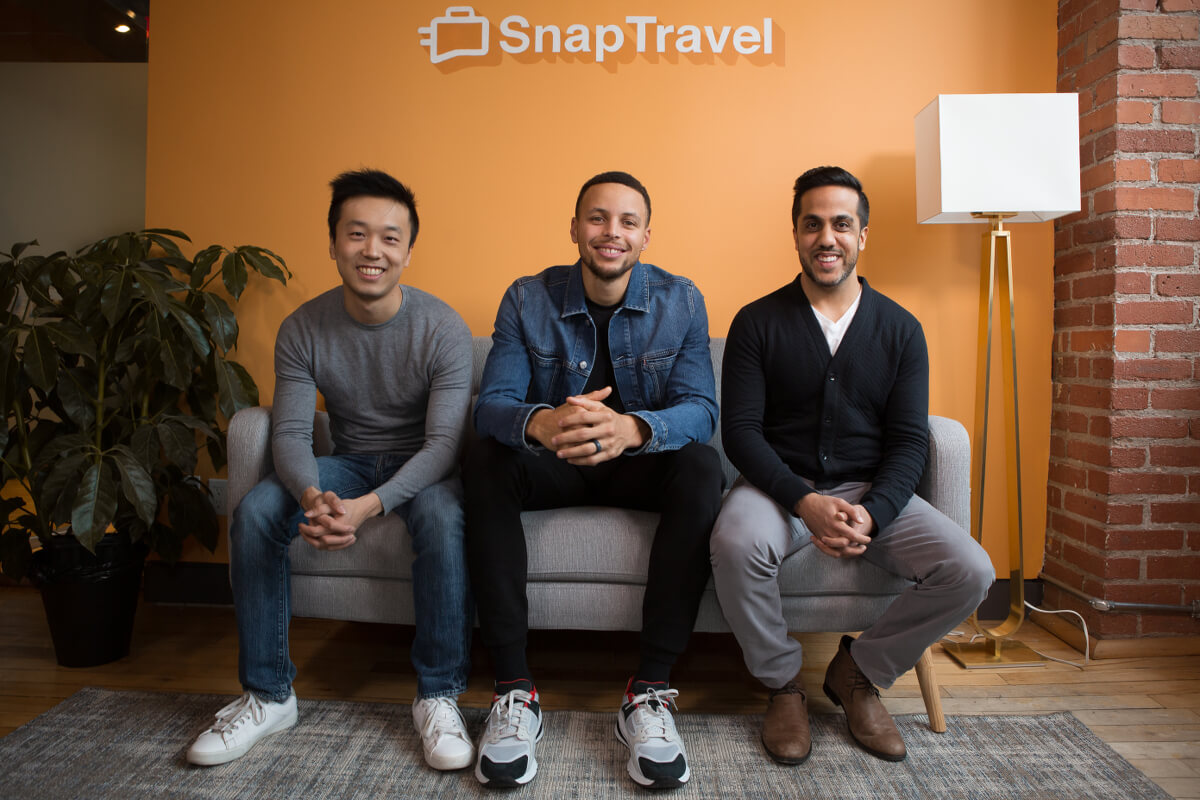 When Steph Curry Has Your Back: The SnapTravel Story

It’s not everyday that an NBA great funds your company, shows off your swag at the NBA Finals, tweets about you to his 13.7 million Twitter followers, and pulls you on stage at Disrupt SF, one of the most popular tech startup events of the year, but that’s exactly the dream that SnapTravel co-founder Hussein Fazal is living these days.

“Since we launched two years ago, we’ve booked over a million nights and now have well over $100 million in sales. We have grown 300% year over year and are projected to get to a billion in sales by the end of 2021, putting us in the category of one of the fastest growing travel companies in the world,” Fazal told me as I prepared to interview Curry and his investment partner, Bryant Barr, backstage at Disrupt SF.

I first met Fazal and his co-founder Henry Shi (Next 36, 2012) in July 2018 when they were visiting Silicon Valley to scout out venture capitalists investing in conversational commerce which I was writing about at the time. It had been a year since Mark Zuckerberg announced that SnapTravel had hit their $1 million sales milestone during the Facebook F8 keynote, and they were excited to share some impressive new numbers. Fazal, a monetization guru who co-founded AdParlor, Facebook’s largest ad platform, and Shi, a former Googler who had once developed for Bloomberg predictive analytics for sports teams, made quite a team. The two University of Waterloo graduates had been working on a fix for the user experience nightmare of online travel agencies which were plagued with pain points throughout the daunting number of web pages and fields users needed to navigate to simply to book a hotel room. To make the process more intuitive, Fazal and Shi moved the conversation to messaging platforms where people could chat with their AI-powered hotel booking assistant to book a room.

In the process of raising their Series A, Fazal just happened to be in the right hallway at the right time when he got pulled into a meeting with Bryant Barr, president of Steph Curry’s investment arm, SC30. Soon after the meeting due diligence ensued. Helped by the fact that SnapTravel had a major lead investor, Telstra, the venture arm of Australia’s largest telecom, which SC30 could lean on to vet the deal, and other respected investors like Peter Kern, vice chairman of Expedia, on board, made it an easy bet for Curry and Barr. Fazal attests it’s been a fairytale ever since, “I’ve been surprised at how involved Steph has been. He posts about us in his Instagram stories, involved us in the SC30 Partner Summit just held in Napa, and is genuinely interested in our business and technology,” Fazal told me as he described how the name recognition of Curry as the greatest basketball player of all time, beloved by millions around the globe, has opened doors where the startup was not previously known and has helped them build a trusted consumer brand.