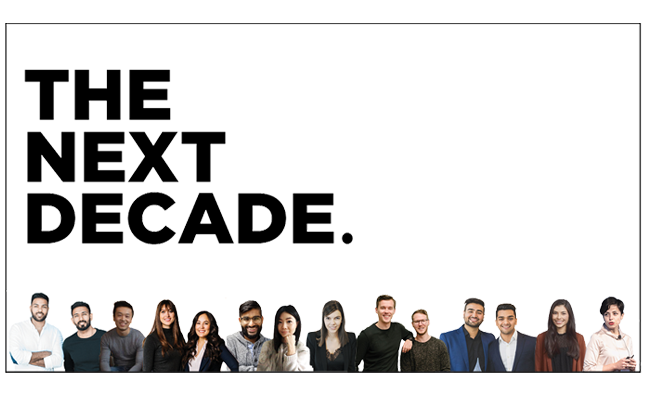 The NEXT Decade of Entrepreneurs

The year 2020 just so happens to coincide with the ten year anniversary of NEXT Canada — that’s an entire decade of ambitious, awe-inspiring and undoubtedly passionate entrepreneurs. As we look to the next ten, we’re reflecting back on the impact, disruption, connections and milestones reached by our rockstar alumni. We hope their grit, challenges and support for each other will set the tone for the next decade. Get a glimpse into the triumphs of our 500+ alumni as we celebrate a handful who are paving the way for the #NEXTdecade of entrepreneurs.

We couldn’t look back at the past decade without giving an extremely grateful nod to the entrepreneurs who launched the trajectory of more than 500. Ten years ago, Co-founders Ajay Agrawal, Claudia Hepburn, Tim Hodgson and Reza Satchu put their minds together to launch The Next 36. Their thesis: “If we enable entrepreneurship, we create optionality within exceptional young people to pursue venture creation rather than a traditional career path. In turn creating jobs and economic growth for Canada.” 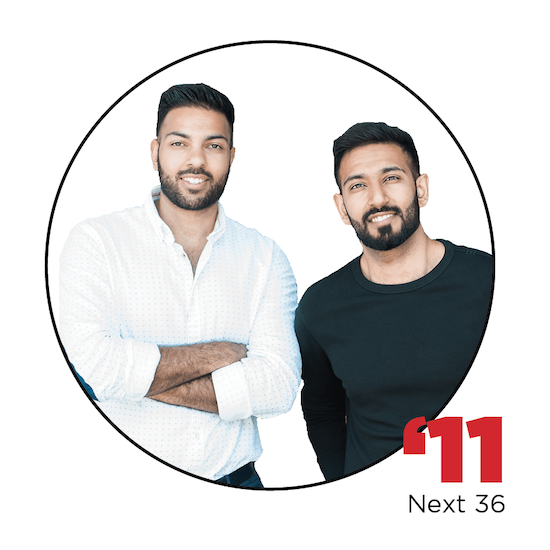 Our first cohort launched so many impactful founders. One in particular hits close to home by making a substantial impact on future founders. Nadeem Nathoo’s current venture with Co-founder Navid Nathoo, The Knowledge Society, fosters STEM education in curious and ambitious teens who are passionate about changing the world. If you’ve had the joy of hearing one of the TKS innovators speak, you too would be mind blown by the problems they are solving and products being built. TKS was recently recognized by the World Economic Forum as one of the “schools of the future” filling a huge gap in accelerating the potential of young people. Their mission for the next decade? To influence policy regarding education, workforce readiness, and closing the skill gap by scaling globally. 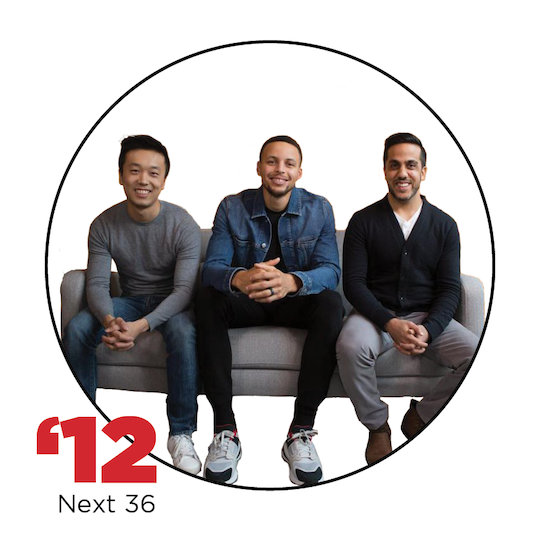 Henry Shi is quickly becoming a beacon of hope for startup founders looking to scale in Canada. In 2016, Henry and Co-founder Hussein Fazal launched SnapTravel looking to change the way travel is booked. They make booking a hotel as simple as messaging a friend, powering millions of dollars a month in hotel bookings for millions of users around the world. Since launching, the team has raised $22.4M, sold over $100M and secured over 200M users all while scaling in Toronto, impacting our local ecosystem with a global solution. And to top that all off, they secured Steph Curry as an investor, bringing international attention to Canadian entrepreneurship and innovation. 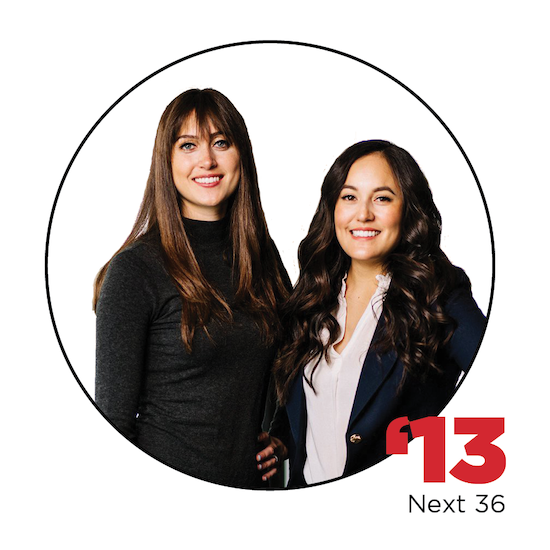 Each having grown up in the construction industry, Mallorie and Lauren saw an opportunity to continue the family tradition — but with a revolutionary approach. Their venture Bridgit Solutions makes construction less complicated by bringing modern solutions to the construction industry. Since launching, Mallorie and Lauren have grown their team to over 64 employees, secured over $10.2M in funding, made 2019’s Forbes 30 Under 30 list and won the Startup Canada Women Entrepreneur Award. What’s next? The Waterloo team is set to open a Toronto office in 2020, disrupting the next decade of construction in a new market. 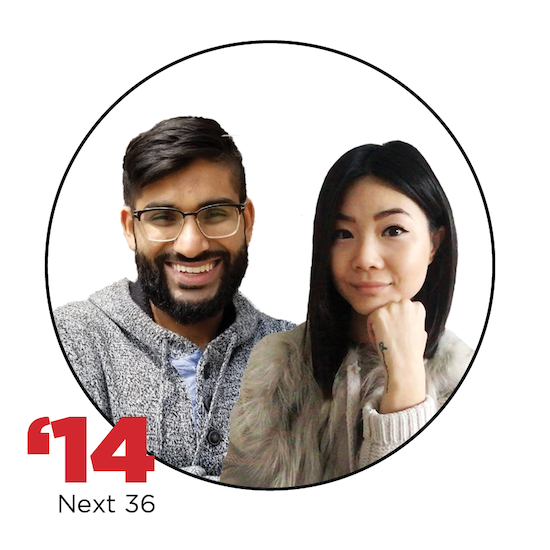 Jaclyn and Shums came into Next 36 together in 2014, built Blynk Style together, sold to Kik in 2015, led KiK’s product team together and founded Hatchways in 2018… together. Hatchways helps new grads, self-taught programmers, and career shifters get their first job as a software engineer by evaluating their skills, providing tailored feedback, and setting up interviews with tech startups. After graduating from Y-Combinator, they launched in Toronto and have since placed over 100 workers into tech roles. Thanks for reducing career gaps in the next decade, team. 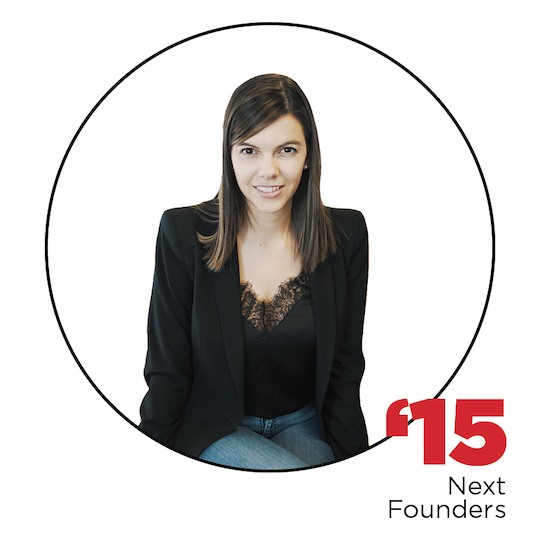 After years of handing out physical samples as a brand ambassador, Marie noticed a huge shortcoming. There was no way to know if the samples were being handed to the RIGHT hands, or if they were fulfilling their destiny of being sampled at all. Taking to heart how wasteful the practice was, Marie sought a solution. Enter Sampler, helping the world’s most innovative consumer packaged goods brands get samples directly to their target audience. Since launching, Sampler has raised $5.9M in funding, made Elevates’s 50 top innovative workplaces, and worked with high-profile clients such as Clif Bar & Company, L’Oreal, Pepsi, Unilever and Kraft. Going into the next decade, we forecast Marie continuing to lead innovation in how brands interact with consumers, bridging the gap between digital and brick-and-mortar. 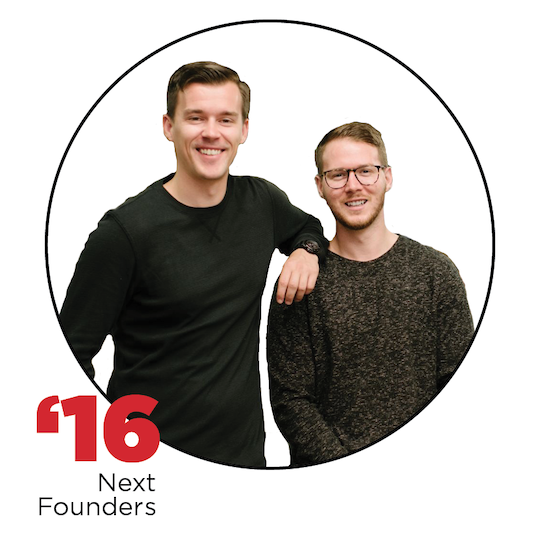 Tyler and Co-founder Braden Handley’s venture, Inkbox, creates unique temporary tattoos that last 1–2 weeks, revolutionizing the tattoo industry and by association, self expression. As published by Vice, “Inkbox is perfect for the person who wants to express themselves but doesn’t know WTF they want.”

To date, they have raised $14.1M in funding, applied over one million tattoos worldwide and have had their products appear on TV shows like Stranger Things, Russian Doll and more. Their tagline may be “for now,” but we forecast them innovating self expression “for decades.” 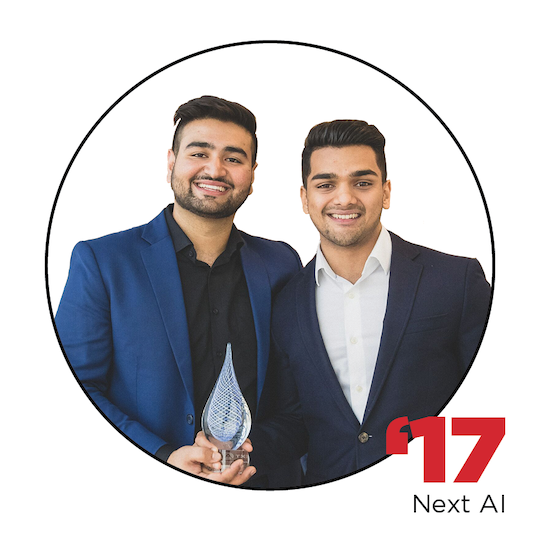 In creating our Next AI program, we hoped to incubate some BIG solutions to BIG problems. Vivek and Hassan’s venture, Intuitive AI, made our dreams come true by creating Oscar. Oscar was given life from a vision of a zero waste world. It eliminates contamination by identifying the object in your hand at the point of disposal and visually educates you on how to sort your trash, empowering us to sort out a more sustainable future. They currently have a pilot live in Vancouver airport and Simon Fraser University. What we’re hoping they bring into the next decade? More trash talk. 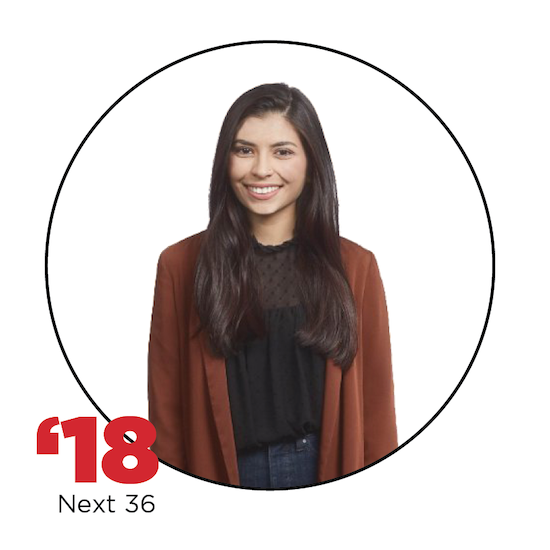 Over the past 50 years, world plastic production has doubled. Nuha’s venture Ecopackers provides a solution to make that plastic production and output less harmful. They use the power of plants to help existing plastic manufacturers create single use plastics in a 100% eco-friendly and non-toxic way. Since launching in 2018, they have filed international patents, global pilots and raised $4.3M in funding. Nuha was recently featured on BNN Bloomberg discussing their advantage in cost, compatibility and compostability. They’re currently hiring in preparation for 2020, when they will announce who their partner companies are. We’re excited to learn who will be joining forces with Nuha to drive real environmental change over the next decade. 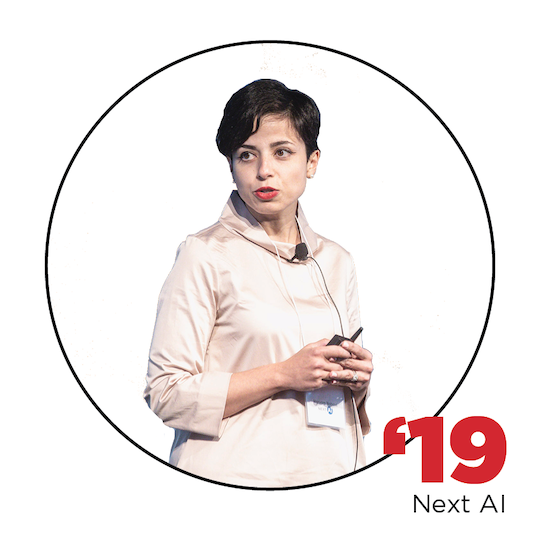 Maryam Nabavi translates infant babbling into a solution for development

To you it’s babbling, to Maryam it’s an opportunity and a solution. Less than one month post launch, Maryam and Co-founder Shane Saunderson’s venture Babbly, an AI-powered app designed to track the speech development of babies has had tremendous success. She has garnered various awards including Elevate’s pitch competition and our own People’s Choice Award at Venture Day, upwards of 300 customers, and a partnership with SickKids. Her biggest success? Finding a solution that accelerates the speech development in infants, increasing their chance at academic and social success and possibly changing the trajectory of their lives entirely. Thank you, Maryam, for giving a voice to the entrepreneurs of our future.

With the momentum from the last ten years, we are setting our sights on the next ten. Armed with the continued power of our network and supporters, we are poised to launch 700 entrepreneurs, 500 ventures, more than triple our economic impact and expand our network tenfold. We couldn’t have asked for a better decade of humans to craft our collective story and are beyond excited to continue support their growth in any way we can.

Let’s continue the momentum and spark a new decade of support by sharing our stories with each other. What do you plan to impact, disrupt or achieve in the #NEXTdecade?