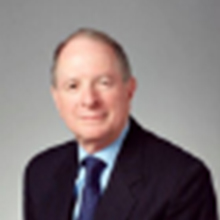 Mr. Edward V. Reeser, also known as Ted, serves as the President Celco Inc. Mr. Reeser served as Vice President of Finance at Timminco Limited. Prior to acquiring Celco in 2001, he has acquired over 20 years’ experience as a Chief Financial and senior officer of public companies in the metallurgical, aviation, and oil pipe line industries. His areas of expertise include international business, supply chain management, mergers and acquisitions, raising capital, and controllership. He has been a Director of Bridgepoint Active Healthcare since January 2012. He has been an Independent Director of Jaguar Mining Inc. since June 10, 2013. Mr. Reeser has been Director at Temex Resources Corp. since July 15, 2014. He served as a Director and Officer of a number of companies and non-profit organizations. Mr. Reeser holds a Master of Business Administration degree (finance concentration) from York University, a Bachelor of Arts from York University and an ICD.D. designation from the Institute of Corporate Directors.