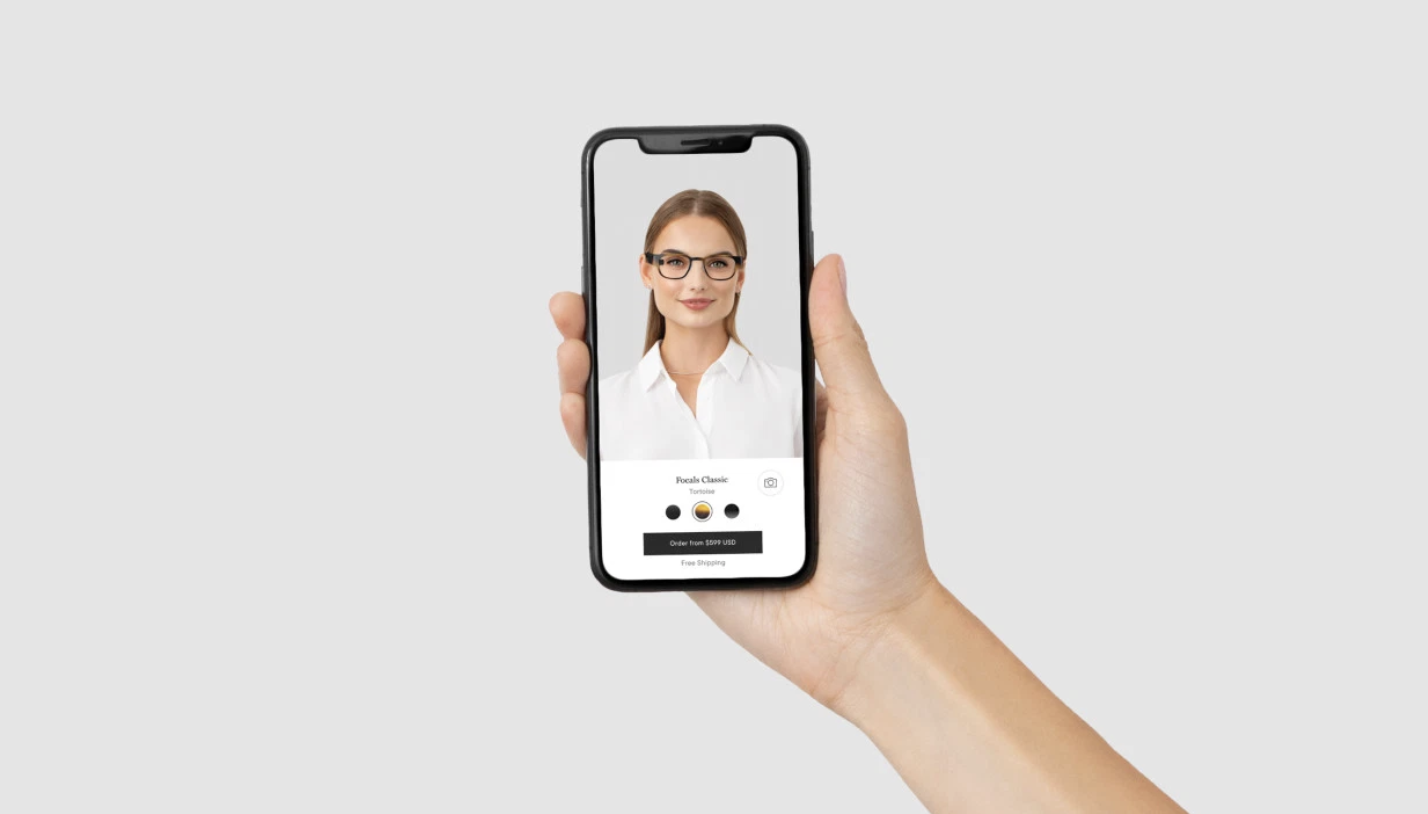 North’s (co-founded by Next 36 alumnus Stephen Lake) Focals smart glasses are the first in the category to even approach mainstream appeal, but to date, the only way to get a pair has been to go into a physical North showroom and get a custom fitting, then return once they’re ready for a pickup and final adjustment. Now, North has released its Showroom app, which makes Focals available across the U.S. and Canada without an in-person appointment.

This approach reduces considerable friction, and it’s able to do so thanks to technology available on board the iPhone X or later — essentially the same tech that makes Face ID possible. People can go through the sizing and fitting process using these later model iPhones (and you can borrow a friend’s if you’re on Android  or an older iOS device) and then North takes those measurements and can produce either prescription or non-prescription Focals, shipped directly to your door after a few weeks.

The Showroom app also includes an AR-powered virtual try-on feature for making sure you like the look of the frames, and for picking out your favorite color. Once the Focals show up at your door, the final fitting process is also something you can do at home, guided by the app’s directions for getting the fit just right.

Should you still want to hit an actual physical showroom, North’s still going to be operating its Brooklyn and Toronto storefronts, and will be operating pop-ups across North America as well.

Focals began shipping earlier this year, bringing practical smart notification, guidance and other software experiences to your field of view via a tiny projector and in-lens transparent display. North, which previously existed as Thalmic Labs and created the Myo gesture control armband, recognized that they were building control devices optimized for exactly this kind of application, but also found that no one was yet getting wearable tech like smart glasses right. Last year, Thalmic Labs pivoted to become North and focus on Focals as a result.

Since launching its smart glasses to consumers, it’s been iterating the software to consistently add new features, and making them more accessible to customers. An early price drop significantly lessened sticker shock, and now removing the requirement to actually visit a location in person to both order and collect the glasses should help expand their customer base further still.