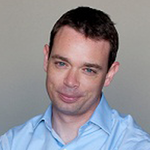 John is a Partner and in-house executive in McKinsey’s special turnaround practice that focuses on providing elite leadership talent to drive large-scale turnarounds. John is an experienced turnaround CEO & private equity executive who has driven numerous successful turnarounds across a wide range of industries.

Functionally John’s specialty is corporate finance, financial modelling, and accounting; in his spare time John has taught classes on these topics at several major business schools.

John spent part of his early career in the high technology group at Goldman Sachs in New York doing mergers, acquisitions and offerings for internet, communications, technology infrastructure, and software firms. Since then, he has been an active technology angel investor, and mentor / Exec Chair / lead investor for early stage technology businesses. John’s recent investments include Kira Talent, Wealthsimple, Zensurance, Thalmic Labs, Homigo, and Revlo, among others. John is also Co-founder of Tech North, an effort that has gained broad national support that seeks to build the Toronto-Waterloo Innovation Corridor in to one of the world’s top technology superclusters. John is also a member of the national task force that is defining an artificial intelligence strategy for Canada.

John’s writing on corporate governance, corporate finance, and technology has been published in The Globe and Mail, National Post, Toronto Star, McKinsey Quarterly, and Director (the magazine of the Institute of Corporate Directors), among other publications.

John has served extensively as a director for non-profit organizations including Covenant House, a Canadian youth homeless shelter and the Harbourfront Center, an arts and cultural organization located on Toronto’s waterfront. He is currently a Director of the Heart & Stroke Foundation of Canada, one of the largest charitable organizations in the country.