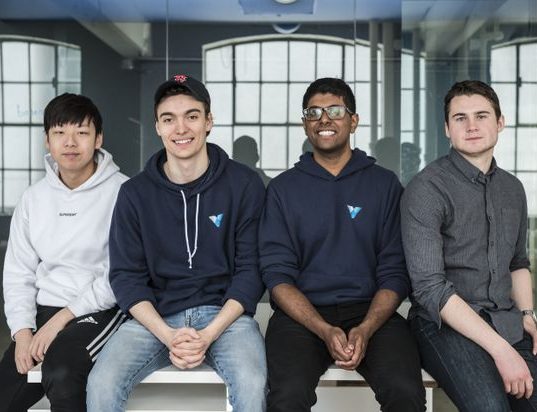 How to Overcome Failure as a Startup

A story of teamwork, resiliency and momentum by Braden Ream of Voiceflow

TLDR: Be resilient, build a great team and believe in them.

Our original team that ended up founding Voiceflow applied for Y Combinator twice, interviewed twice, and failed twice. In June for our first interview, it was a total fluke; we just had an idea. We interviewed and didn’t get in, which was to be expected. But now, we had a chance and were on YC’s radar. We went on to grind for 6 months, building a full product, raising $500,000, and building a small team, all to get another interview and another chance at getting in. We got our second chance and believed we couldn’t fail. We had made too much progress. Then, we failed a second time. We felt we had let down our friends, family, investors and teammates. We had been spending money and working recklessly to get in and didn’t know what to do now. So many of our plans and ambitions, including those of our teammate’s and investors’ had been tied around getting in and doing YC. If we were going to break, it should have happened then.

Instead of falling apart, we rebounded and have been stronger since. This would not be the case if every team member didn’t align on three main things:

Startups are all about momentum. When things are going good, they often get increasingly better. When things are bad, like they will continue to get worse until you actively put in so much effort to try to swing the momentum the other way. When you’re in a downswing, it becomes more and more difficult to try to get yourself back into an upswing. Of course, you want to try to catch this as fast as you can.

When you’re building a startup in an emerging market, you have to be very thoughtful in how you’re approaching it and where you’re allocating resources. So, we try to walk the whole team through our thinking every single month, including our investors. In fact, especially our investors. This facilitates trust because they don’t question our recurring pivots and can see that we are going through a logical, thoughtful process.

Voiceflow is a team platform at the core, both internally and as a product. Individuals are great, but individuals aren’t able to monetize nearly as effectively as teams. So, this is 100% where our focus has been recently in terms of hiring and retaining employees. It’s our top priority to make sure everyone is aligned so that everyone can go execute with success. In building a startup, especially in a new market, you have to ensure you’re all running towards the same goal post. The crux? Giving your team autonomy in how they choose to run that race.

Ultimately, what matters in the business is team and market. If you can execute and if you’re in a great market, you’ve got a good business.

Learn more from Braden and his Head of Growth, Emily Lonetto in episode 7 of LaunchPod, a NEXT Canada podcast.