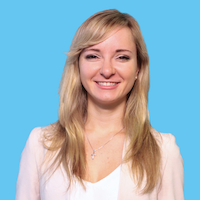 Emilie Cushman is the Co-founder and CEO of Kira Talent in Toronto, Ontario. Kira Talent is one of Canada’s fastest growing companies in the higher education technology space, using machine learning to help admissions teams effectively, efficiently, and fairly identify applicants who will succeed in their program. Since its inception in 2012 out of the Next 36 program, Kira has raised $8 million dollars from Relay Ventures, BDC IT Ventures in Toronto as well as many prominent angels investors like Roger Martin, Gary Slaight.

Prior to starting Kira, Emilie obtained her Bachelor of Business from University of Windsor in 2012 and that same year completed the Next 36 Entrepreneurial Institute. Emilie was named HSBC Woman Leader of Tomorrow 2012, Top 100 Most Powerful Women in Canada 2012, Next 36 Most Outstanding Venture Award 2012 and recently has received the Geoff Taber Alumni Achievement Award 2017 and the University of Windsor Odyssey Award for Alumni Achievement 2017.