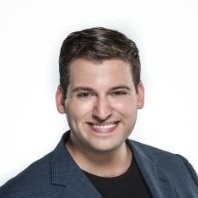 Derek Rider, B.Journ., is a digital video and advertising executive. Founding Media One Creative in 2010, Mr. Rider has led the company to be one of the fastest growing digital video agencies in Canada. Media One Creative serves mid-sized companies to the Fortune 500, with a client list that includes brands such as Nike, EY, Tim Hortons, Scotiabank, Xerox and others. Mr. Rider is a graduate of Ryerson University’s Broadcast Journalism program and worked at CTV, BNN and TD Canada Trust before starting his agency. Mr. Rider is the winner of Toronto Region Board of Trade’s Business Excellence Award for Under 30 and the recipient of Emerging Entrepreneur of the Year in 2015. He is also Top 30 Under 30 Marketing Magazine for 2016. Mr. Rider is passionate about storytelling, video and film. He lives in Toronto, ON with his wife, Stephanie.