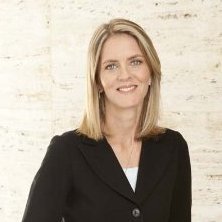 Deborah has a broad range of experience building digital and tech businesses in different regions, company size, and verticals. Most recently, Deborah was Head of Strategy & Planning Middle East & Africa for Apple Inc., based in Dubai, driving the company’s long term plans in the region, and responsible for partnerships with financial institutions. Prior to that, Deborah was COO of Monitor Company’s Middle East consulting practice, and ran an online business, which was sold to a strategic buyer. Before living in the GCC, Deborah was the Vice President of Digital at Astral Media one of Canada’s leading media companies. At Astral, she managed the national sales team, as well as all online product teams, and sat on Management Committee, helping to think through the company’s future in a wireless and digital world. Deborah also spent several years at Corus Entertainment where she held a variety of senior roles with P&L responsibility overseeing their growing Interactive businesses, some of which her group built from the ground up. Deborah started her career as a strategy consultant for Monitor Company in Boston, New York and London. Deborah has a MBA from INSEAD and a BA from Princeton University.